Private flood insurance policies could become more widely available in Florida after the Legislature gave final approval Thursday to a bill aimed at jump-starting the market through looser regulation than exists for conventional homeowners’ coverage.

Senators voted 30-3 for a House version of the flood insurance bill that included some additional consumer protections and sent the measure to Gov. Rick Scott.

Water rises to just below the base of a fishing pier at Phillippi Estate Park as rain from Tropical Storm Debby causes flooding in Sarasota in 2012.

The flood insurance legislation sets up a framework for selling private flood policies in Florida and allows insurers to increase rates with limited state oversight through 2019. The bill also makes it easier for unregulated “surplus lines” companies to write flood policies through 2017.

If Scott accepts the bill, the surplus lines insurers — which also set rates without state oversight — could compete directly for flood customers with so-called “admitted carriers,” instead of writing coverage only after three of the regulated insurers have rejected a policy.

Most flood insurance policies in Florida and nationwide currently are written by the federal government.

Federal officials caused an uproar recently with dramatic rate hikes that eventually were rescinded in the face of intense public pressure.

While demand for private policies is likely to be significantly diminished now that Congress has backtracked on the National Flood Insurance Program rate increases, many state lawmakers and free-market groups such as the Florida Chamber of Commerce hailed the legislation as an important step toward providing more consumer choice.

Florida has more than one-third of the nation’s flood insurance policies, including 109,000 in Sarasota and Manatee counties.

The flood bill is the most significant piece of property insurance legislation during the Legislature’s 60-day legislative session that ends Friday.

After years of working to kick policyholders out of state-run Citizens Property Insurance through a variety of measures that increased rates and limited coverage, lawmakers took a step back this year.

A Citizens reform bill was watered down in the House earlier this week before clearing the Senate 25-8 Thursday. It now heads to Scott for approval.

Language that would have allowed surplus lines companies to pull policies out of Citizens was removed, although the legislation still includes a provision that could raise rates for master condominium policies by forcing hurricane coverage to be purchased separately from all other perils.

Citizens dropped below 1 million policies this year and steady rate increases have made the company less competitive with private insurers. Lawmakers also wanted to avoid controversial property insurance changes during an election year.

Critics say private flood policies may be less reliable than those backed by the federal government. And while annual rate hikes are capped in the federal program, private policyholders would face unlimited increases in Florida’s new system.

Anyone who leaves the federal flood insurance program and wants to return also could lose subsidized rates.

House members insisted that homeowners obtain full coverage for the value of their property. The Senate sponsor wanted to allow policyholders to purchase lower amounts of coverage, but some worried that homeowners would not have the necessary financial resources to rebuild after a disaster.

A spokesman for Scott said that the governor plans to review the potential impact on homeowners’ rates before deciding whether to approve the flood insurance reform bill. 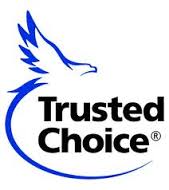